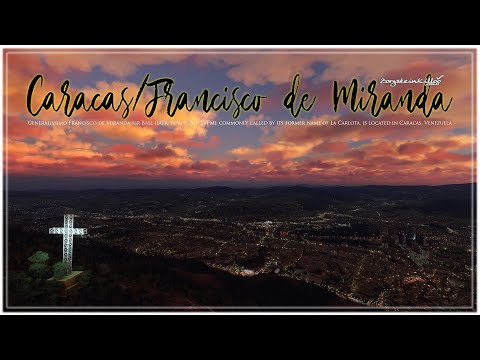 Симпотично туды под вечер зарулить...рекомендую там на Цессне покружить!)))
Generalissimo Francisco de Miranda Air Base (IATA: N/A, ICAO: SVFM), commonly called by its former name of La Carlota, is located in Caracas, Venezuela. The airport is named for Francisco de Miranda, a South American revolutionary. On 27 November 1992, the airport was bombed during Hugo Chávez's attempted coup. It has been closed to public use since 2005 and is used only for military purposes and aeromedic flights (EMS). In April 2019, the airport was the starting point of the 2019 Venezuela uprising.
→ Filename: