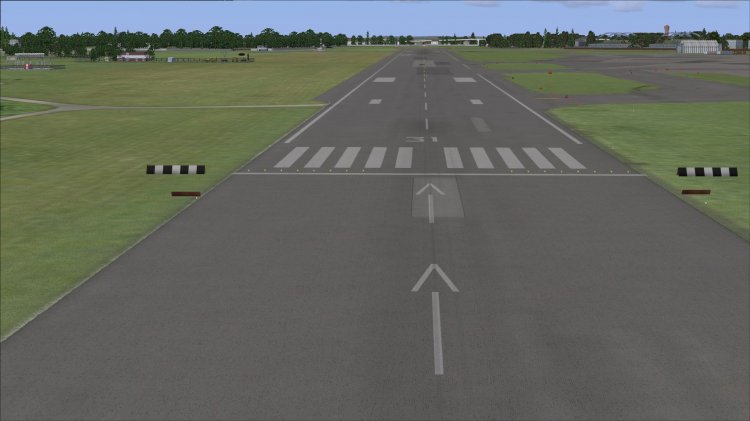 - Screenshot 2
- Screenshot 3
In this package the scenary of the international airport “L`viv” (the airport “Sknyliv”, the code of IATA:
LWO, the code of ICAO: UKLL) – the largest airport of the western region of Ukraine by passenger flow and
route network is presented.
Currently, in connection with the Championship of Europe in football 2012 extensive repair work is being
done at the airport: a new terminal for international transportations is being built, the runway is being
reconstructed, etc. In this regard the given scenary reflects the present situation not very accurately, but is
more a combination of what was before the reconstruction with what is nowadays. In its visual part it is
more like an “old” airport, in the plane of executing flights – like modern.
Characteristics:
Afcad: Corresponds to all the latest updates in the airport functioning. It is made according to the charts
from 07.04.2011. It is not intended for using without the scenary.
3D objects: Models of all basic buildings and radio engineering facilities on the territory of the airport as
well as some buildings in the approach area are made. Approximately 200 unique objects are generally
included in the scenery.
Ground polygon: Covers the territory of the airport. All seasons + night are present. The runway, a
platform, TWY are developed in details.
Phototerrain: Is made on the basis of a satellite picture with the resolution of 0,77 m/ px. Because of a
large size, only the following seasons are included into the stage: summer, winter, hard winter, night. It is
fully covered with autogen (houses placed – 4405 pieces, trees – 21831 pieces).
Landclass: Present. Realized: a detailed landclass of L`viv, settlements in the radius ~ 25 km, forests in the
radius ~ 40 km, main roads and railways.