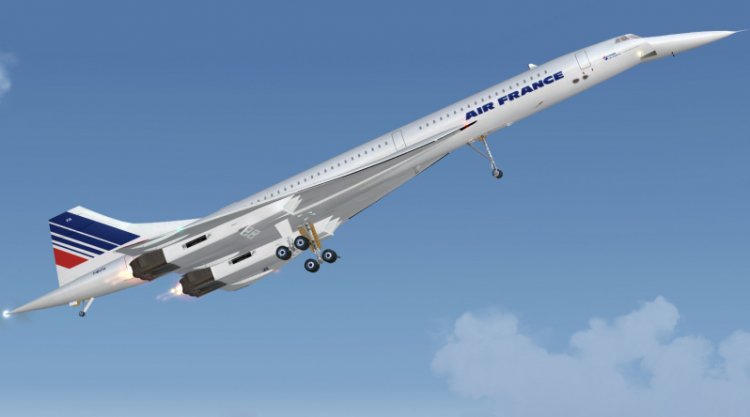 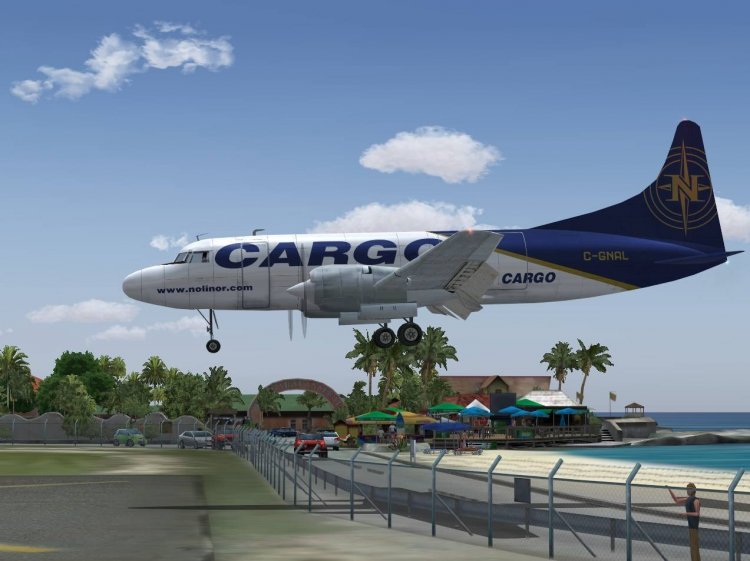 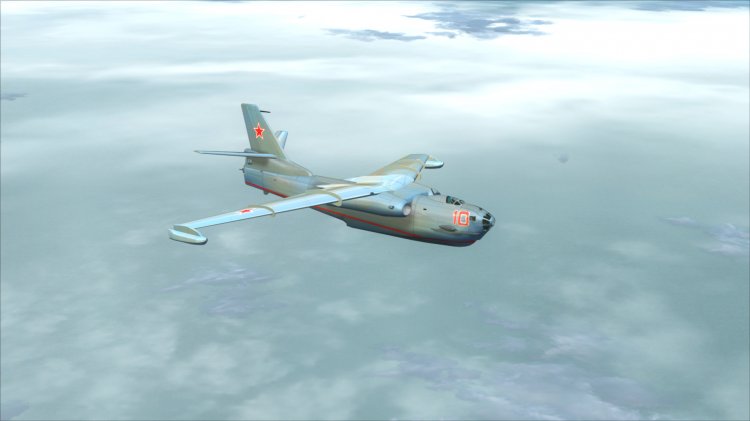 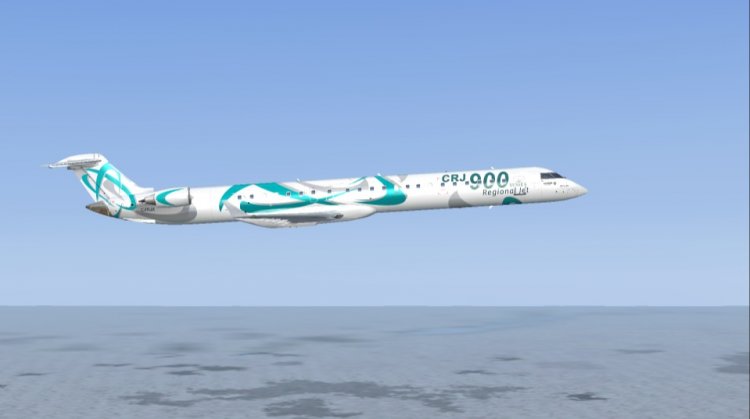 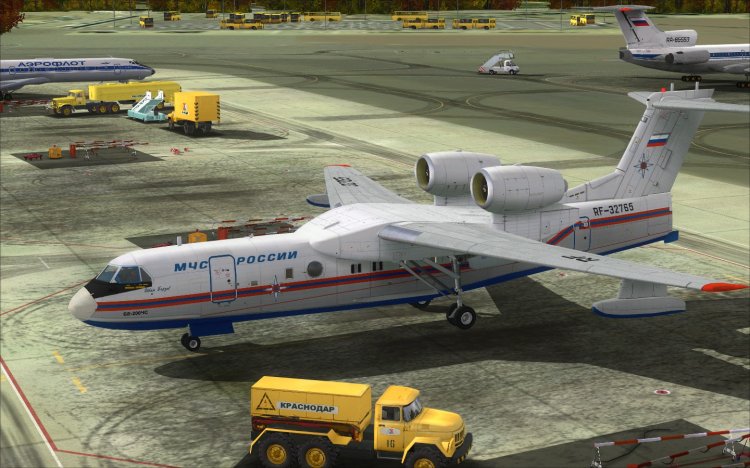 - Screenshot 2
- Screenshot 3
Model of the L-29 training aircraft from well-known authors with the flight dynamics corrected by me, configured by me according to the FOM.
Not in one model of the L-29 in various flight simulators, I did not find realistic behavior.
Since the correct characteristics were important to me in aerobatics, acceleration and in the take-off and landing configuration,
I tried to completely redesign the existing dynamics, replaced and added a few instruments in the panels, added more appropriate sounds.
In general, flying on a plane has become much more pleasant and realistic. I think those who like it and are familiar with this aircraft not by hearsay should evaluate correctly. I do not guarantee 100% realism, but I will refine the comments.
All archive files should be uploaded to the root folder of FS2004 with confirmation.
I attach the pilot instruction to the archive for comparison and familiarization with this legendary aircraft. 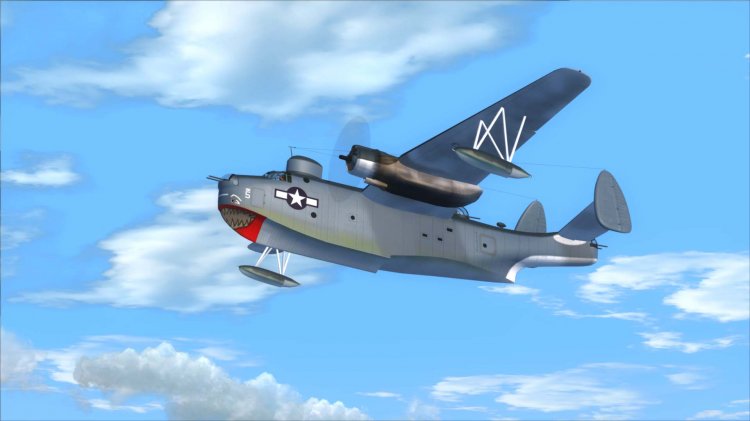 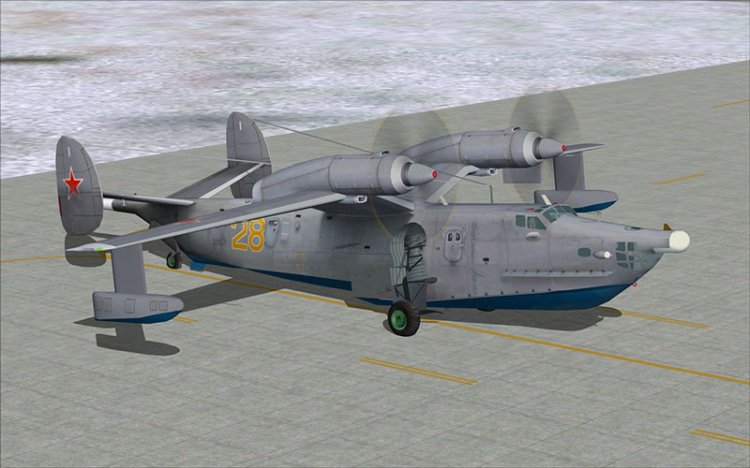 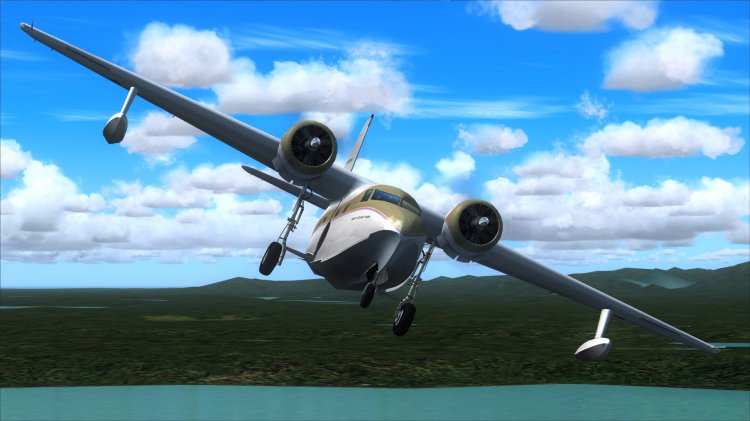 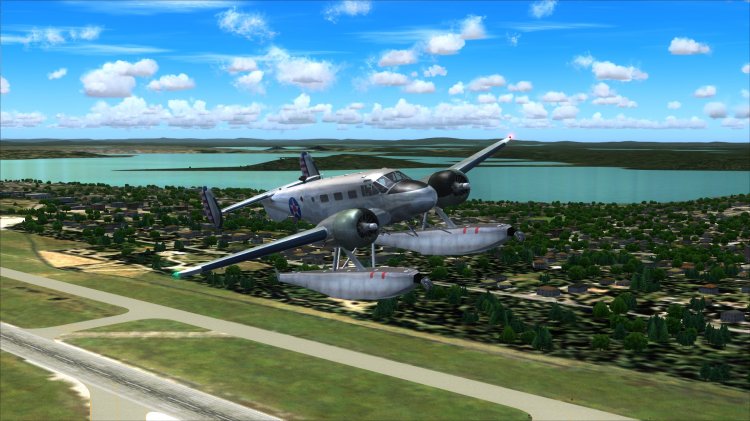 - Screenshot 2
- Screenshot 3
Kit of the AN-8 aircraft based on the SAMDIM model for FS2002. I redesigned the aerodynamics of the aircraft, adjusted the flight data according to the parameters recommended in the FOM, changed the fuel consumption and the amount of fuel in the tanks, improved the lighting effect by adding shockwave lights and much more. I made small additions to the panel from the respected DZIES, which he made at my request specifically for this kit. Also added textures and sounds of AI-20 engines. The result is quite readable and interesting aircraft. It would be nice if someone could draw great textures.
→ Size: 123 MB
→ Date: 6 months ago (07.03.2021 23:18)
→ Author: samdim,dzies,pavelpilot
→ Uploaded by: PAVELPILOT (uploaded 3 files )
→ Approved by moderator: Lenya69
→ License: Freeware - Free version, Do Not Redistribute
→ Downloaded: 333 time(s)
Comments 35 View ZIP-Content Download 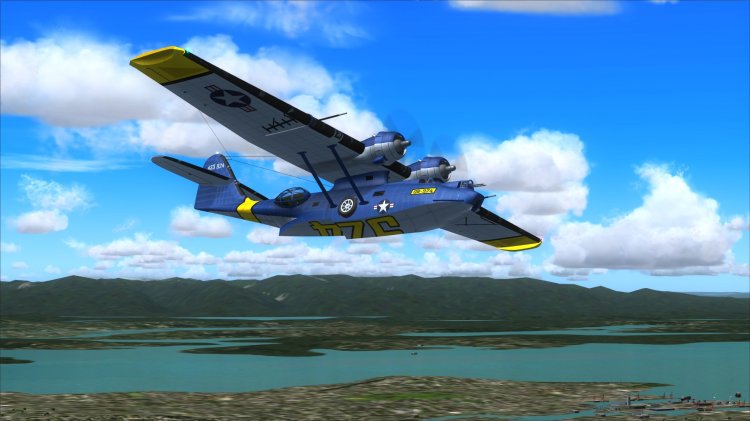 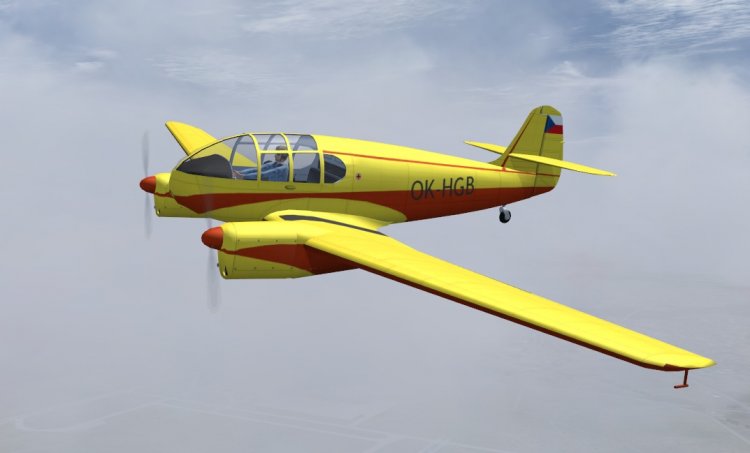 - Screenshot 2
- Screenshot 3
The Aero Ae-45S was a twin-piston engined civil utility aircraft produced in Czechoslovakia after World War II. Aero Vodochody produced the aircraft in 1947-1951, after which the Let Kunovice rolled out these planes until 1961. In 1958 the Ae-45S became the first Czechoslovak plane to cross the Atlantic Ocean. It was the first product of the nation's postwar aviation industry and proved a great success, with many of the 590 produced being exported.

This pack installs the Aero Ae-45S together with various upgrades and repaints. The original file was once hosted on Pavel Karásek's personal web site www.pavelkara.wz.cz, but this is now defunct. Various upgrades, mods and repaints for this aircraft are scattered through the internet, and have been collected and integrated into this package. 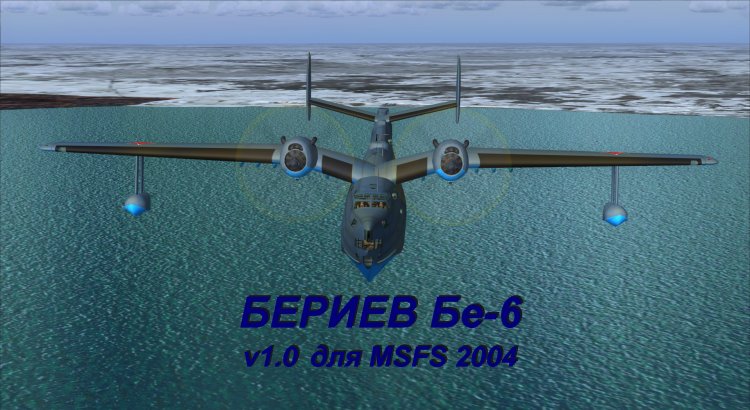 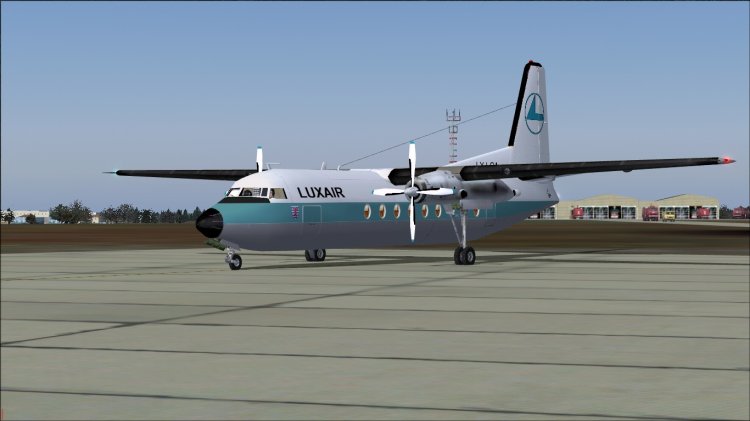 - Screenshot 2
- Screenshot 3
While trying to make a 2D panel modification for my WP-3D from an L-188 panel by Fraser McKay (for this I even bought a TSS Allison T56 soundpack), I decided to see what else
he had. I was pleasantly surprised by the presence of his work, and what attracted me especially was the assembly with the non-default Fokker F.27 Friendship panel. There were
two versions: for the aircraft of the Old World airlines, which flew under the code F.27, and for the New World aircraft, which flew under the code F-27 and FH-227. I was eager to
make myself an assembly of this aircraft in the simulator, focusing on the purely European "short" versions that were built in the Netherlands. I did not add the extended version
F.27 Mk.500 to my pack.

The original Fraser McKay pack used a model by Mike Stone, which was reworked by Jaap de Baare. This model is without a virtual cockpit, but with good side views and views of the
wing, or rather, the nacelles in the area of ??the main landing gear. When looking back-left and back-right, you can observe their retracting and extension. However, this model is not
so good either - even though the pack contains a lot of liveries, the visual model is made with errors: the fuselage section is small, the wing chord seemed too "thin", the geometry
of the nacelles and vertical stabilizer are wrong. All this was done a long time ago, and, apparently, the plane maybe was not of interest to virtual pilots. I settled on the "newest"
version (2014) of the Fokker model, which was for FS2004 (it is the same Mike Stone, but redesigned by the "California Classic Propliners" team of virtual flying fans) and in which the
geometry of the model is more or less accurate, there is a virtual cockpit (but of terrible quality). The disadvantages of the model are that there are not enough polygons, the
oval-shaped portholes are roughly cut, which the authors of the liveries compensate it using a thin oval painting. Very few liveries are available for it, however, they can be made
of quite good quality (who knows this well, of course). I imagine in this pack (as I described above) a purely European model - it has pitot pipes on the wingtips, a radio station cable,
a ladder approaches the back door and even a stewardess comes out :) Yes, when looking from outside inside the plane, passengers are sitting and you can see a "walking" flight
attendant. Anyone who wants to delete them, I put the files necessary for this in the "Delete flight attendant and pax" folder. These files will need to be copied to the texture folder
where you do not want to see people and replace them. The model is in two versions: FKR - rounded propeller tips, FK - rectangular tips.

ATTENTION: the panel is widescreen only. Everything revolved around it, if I not found version of this panel, the assembly would not have been. I left it practically unchanged about
the flight and navigation complex, remaking it into a wide-format version, placing additional panels in a convenient way and picking up side views, the author of which is Edward Cox (no,
they do not contain gauges as in his famous videos). Zoom for all directions = 0.50, since at a lower zoom some objects of the environment disappear, which become visible only if you
taxi closer to them. And this zoom is the most realistic in my opinion. Fraser McKay tried to make the panel custom, it has animated checklists, a list of emergency procedures that
are available directly in the panel without using a virtual logbook, the engines are unlikely to be started with the CTRL + E combination. Inside the assembly there is an instruction
that describes the aircraft well (design, procedures, operation), in English. The virtual cockpit of this model is disgusting, I tried to remove it using the Hex Workshop Editor, but along
with the cockpit, the wings that are visible from the 2D panel are removed. I did not add gauges of the original assembly with a 3D cockpit to panel.cfg, fearing to break the logic of
the panel systems. When changing the direction of view in the 2D panel, the 3D cockpit will not be visible.

The Rolls Royce Dart engines that were installed on the Fokker F.27 sound significantly different from those that were on the NAMC YS-11 aircraft, namely, its sounds were used in
the original assembly. There were also some custom builds of sounds that were bad. Therefore, I made my own sound pack by watching a bunch of videos on YouTube and pulling audio
tracks out of some videos (the site is free, my work is free, I think no problem). It took a long time to create samples, process them in WavePad Sound Editor, then develop the
assembly using FS Sound studio as much. How many times have I had to run the simulator to check and change! With internal sounds, I had to resort to "invention" - there are no
normal recordings from the cockpit. But after two weeks of daily works, the pack is ready, the quality is quite good, the size is 111 MB.

The flight dynamics of this model were taken unchanged from the original Fraser McKay pack, by FsAviator. Do not use reverse thrust on this aircraft! It is not present on a real engine,
if reverse is applied in the simulator, the model begins to behave inadequately. I don't know why the authors of the original assembly made it there at all. There are two folders in
my assembly - in one folder there are aircraft modifications 100 and 300, in the other - 200, 400 and 600. Their difference is most likely in engine power, I left the aircraft.cfg files
the same as they were in Fraser McKay, changing only the sections LIGHTS, CONTACT POINTS and ENGINE POSITION for a 3D cockpit model using the Aircraft Container Manager
program. In a fully unloaded aircraft with dry tanks, the wheels slightly touch the ground, in a ready-to-fly aircraft, the wheels fall slightly through the surface of the airfield, well,
I think that this is permissible (supposedly the pneumatic wheels flattened a little from the weight).

For this model, I found very few good liveries, in my pack there are 4. By the way: in the original assembly of Fraser McKay (fokkf276.zip, available on FlightSim.com), the liveries
partially fit the model with a 3D cockpit, but still the repainting does not converge under fuselage and propellers remain gray. These redesigned models come from an early version
of Mike Stone's Fokker and have similar mapping. Whoever knows how and wants - there is not much work, I do not know how to draw liveries, but I think there will be no special
difficulties when editing existing liveries. In general, work on this score is only welcome, as with any other build improvements. I did not do everything perfectly, as the old-timers of
the Avsim.su forum do, who put their invaluable efforts in the development of Soviet and Russian / Ukrainian domestic aircraft.

SPECIAL ATTENTION: the result of this work was my own desire, perseverance and long "archaeological excavations" on FlightSim and avsim.com, please do not swear too much about
this, much in my pack is old as the world.