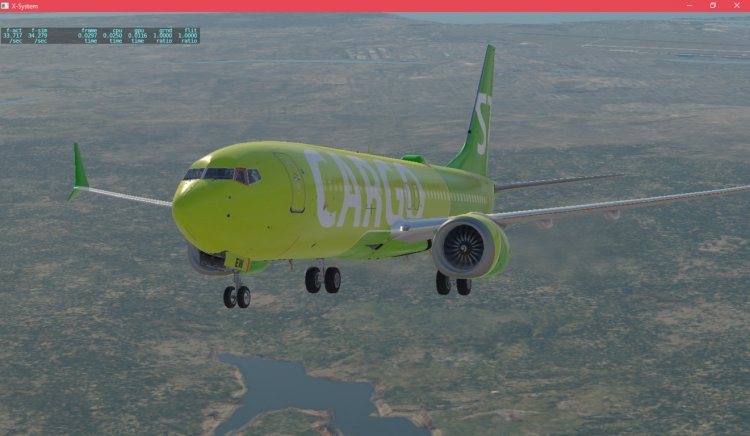 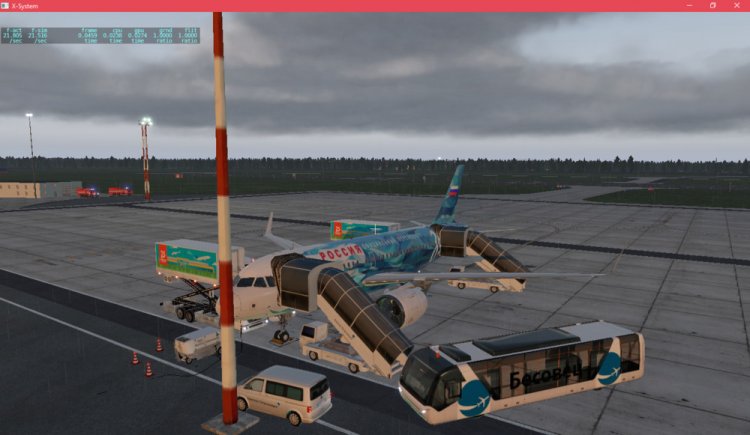 - Screenshot 2
- Screenshot 3
This is my 1 livery do not judge strictly
Livery for the plugin: GHD
Installation: "...X-Plane 11ResourcespluginsGndHandlingLiveries"

Scenario of the Bakharevka airport in Perm
X-Plane 11 Sceneries 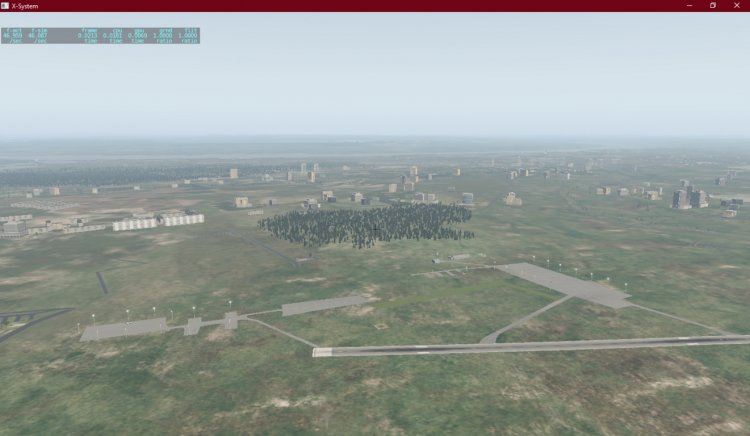 - Screenshot 2
- Screenshot 3
Script Bakharevka airport of the city of Perm.Made at the request of a friend. I wanted to make a house that served as an airport terminal in SketchUp, but it didn't work out, so I took a very similar one from the libraries.Next, I will update the script. It also has a little work done on the city and houses
Bakharevka is an airport of local air lines in the city of Perm.It is not used in aviation.
History
It was founded in 1957. Previously, since 1939, there was an "air terminal" on the current Druzhba Street.
From Bakharevka, flights were carried out not only on the territory of the region, but also to Tomsk, Leningrad, Moscow and Alma-Ata. The airfield could not accept jet aircraft of the Tu-104 type, so a new Bolshoe Savino airport was organized on the basis of the military airfield of the same name. Since 1960-ies Bakharevka began to serve only local overhead lines.
It was also used by military aviation. Since the mid-1990s, it has been used sporadically, and in April 2007, the bankrupt FSUE "Second Perm State Aviation Enterprise", which operated the airport, was sold at auction.
The airfield was also used for car racing and rock concerts. Since 2006, the "Rock-Line"festival has been held annually on the territory of the airfield.
Required libraries for the script
MisterX Library
The Handy Objects Library
NAPS Library
CDB-Library
AR Library
RuScenery

Embraer 170 S7 Airlines takeoff from Petrozavodsk
On the Ground Videos 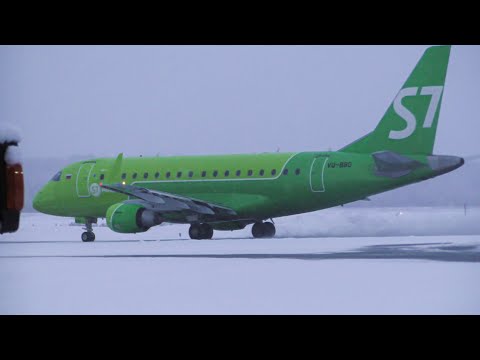 Embraer 170 S7 airlines take off from Petrozavodsk. The video is uploaded to my mom's channel.
→ Filename:

Spotting at Pulkovo airport /File Link/
On the Ground Videos 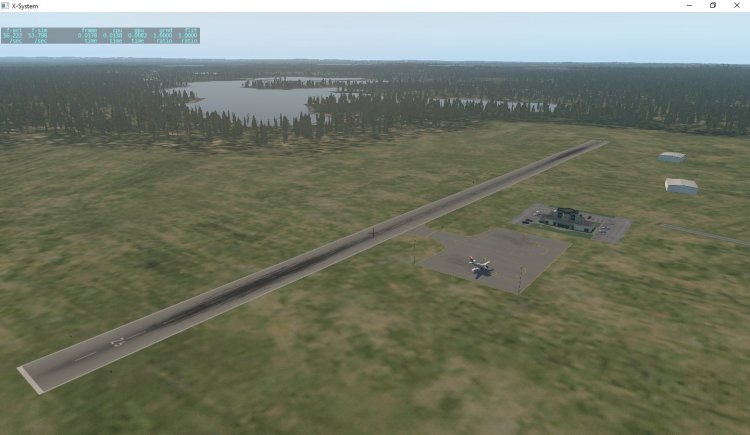