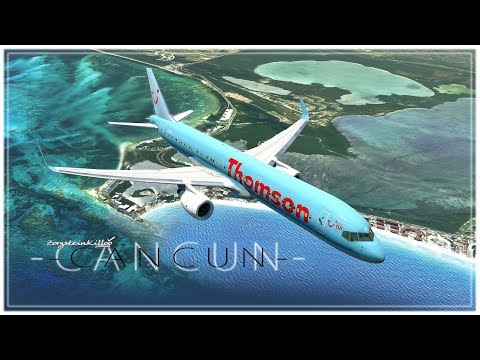 Cancún International Airport (Spanish: Aeropuerto Internacional de Cancún) (IATA: CUN, ICAO: MMUN) is located in Cancún, Quintana Roo, on the Caribbean coast of Mexico's Yucatán Peninsula. It is Latin America's fourth and Mexico's second busiest airport, after Mexico City International Airport. In 2018, Cancún airport handled 25,202,016 passengers, a 6.8% increase compared to 2017.
It has two parallel operative runways that can be used simultaneously. The airport was officially opened in 1974. The airport is operated by Grupo Aeroportuario del Sureste (ASUR). It is a hub for MAYAir and focus city for Interjet, VivaAerobus, and Volaris; and currently offers flights to over 20 destinations in Mexico and to over 30 countries in North, Central, South America and Europe.
→ Filename: